I bought a seed catalogue a few years ago, while antiquing with my mom.  At the time, I bought it because my last name is Berry, and I loved the graphic design of the cover.  My husband and I also enjoy gardening, and he farms... so I couldn't pass it up.  Once home, I looked through, and found it to be an interesting piece of American history.  I've kept it stashed away until now... 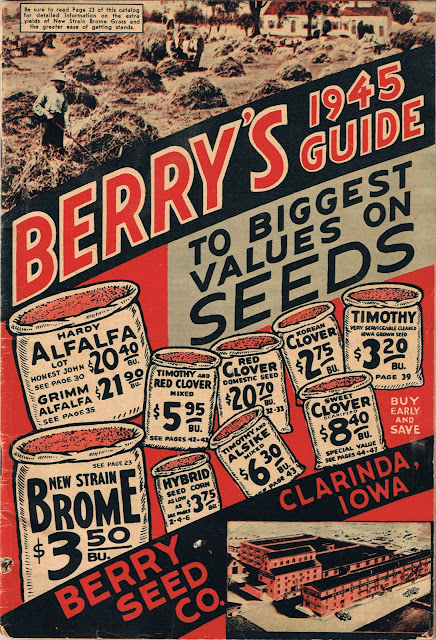 This letter, written by J.F. Sinn, the President of Berry Seed Company,
was written before the end of WWII.  You can read it by left clicking
on the image and then enlarging it to full size. 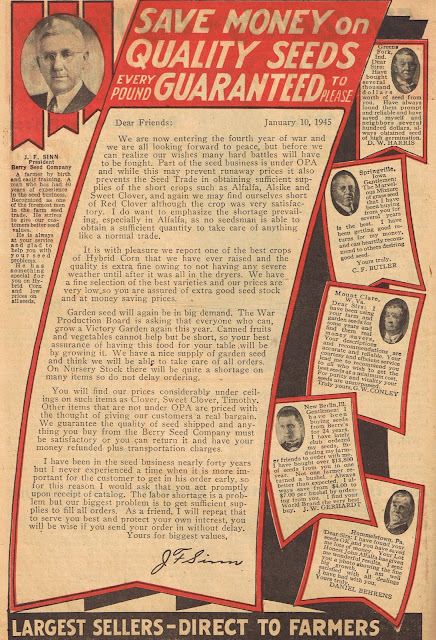 This was the order form enclosed in the catalogue. 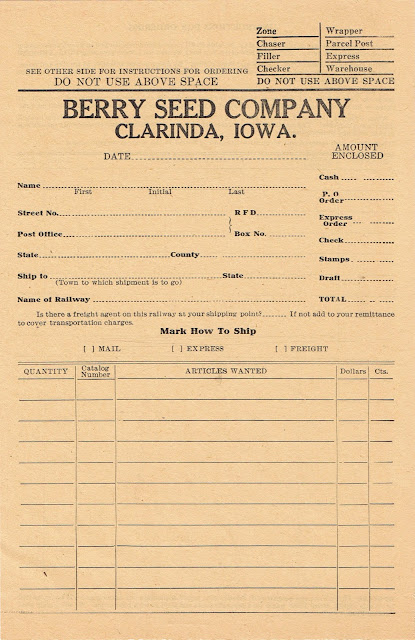 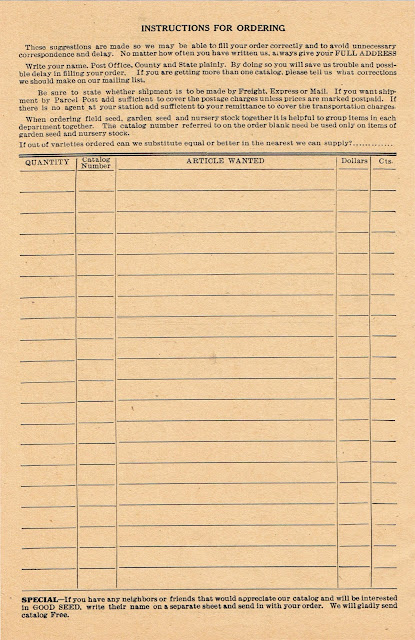 Here's some interesting history about the town of
Clarinda, Iowa, and Berry Seed Company:

The best known national firm in Clarinda for many decades was Berry's Seed Company, a mail order farm seed distribution business founded in 1885 at Clarinda by A. A. Berry. Berry's Seed Company diversified into retail stores in the 1950s, but the stores were sold off over the following decade, and today the company, known as Berry's Garden Center, operates from its one remaining retail outlet in Danville, Illinois.
In 1943 during World War II, an internment camp designed for 3,000 prisoners of war with sixty barracks and a 150-bed hospital was built in Clarinda. German prisoners were the first to arrive at Camp Clarinda, followed in 1945 by Italian and Japanese POWs.


I hope you've enjoyed this 1945 Berry Seed Co. catalogue, as I
have.  Graphics in this post are free for your personal use.
Thanks for stopping by!


"Forget-me-nots and violets
heavenly blue, Spring, glittering with
the cheerful drops like dew." 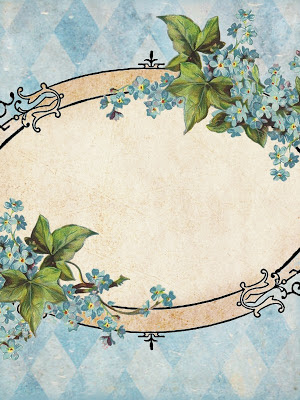 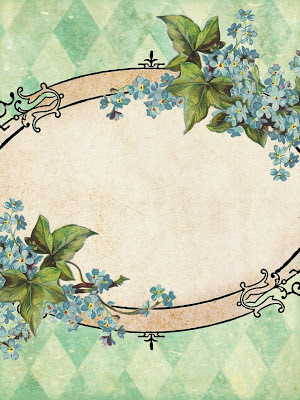 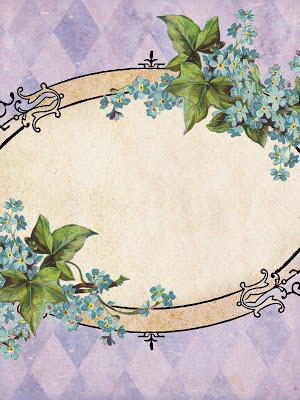 Printable with 6 cards and poem: 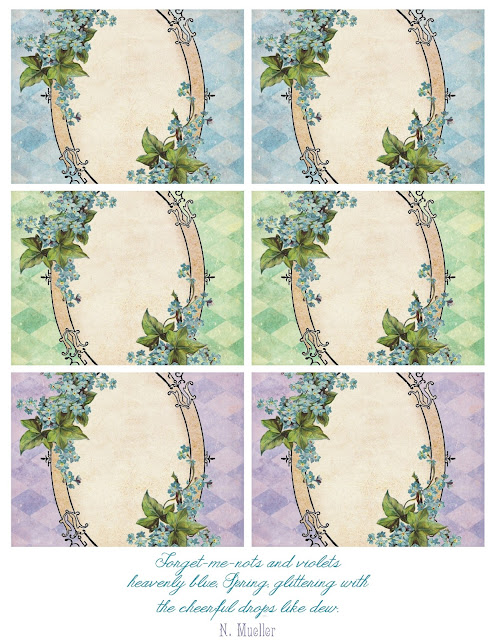 Here are the free graphics
sources used in my artwork:

Memory of the Heart

"Gratitude is
the memory of the heart." 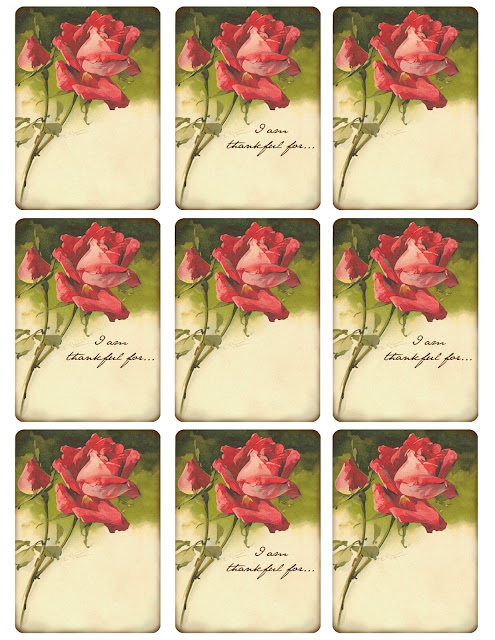 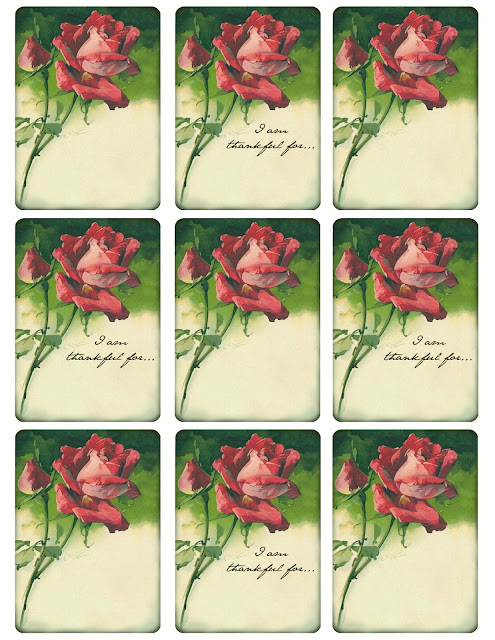 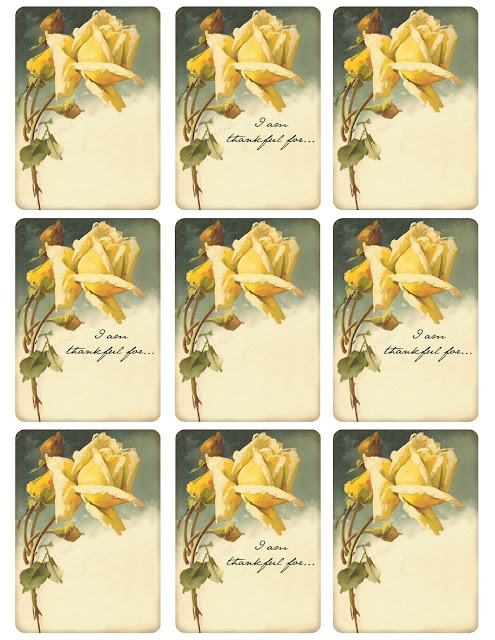 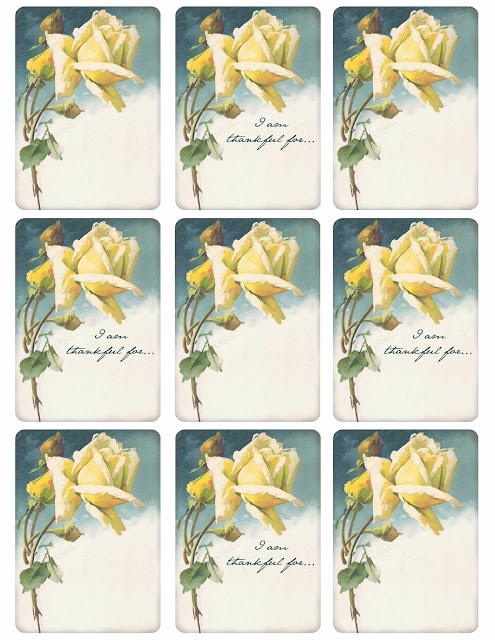 I hope you enjoy my rose & "I am thankful for..." cards!
Bundle together to give to a friend, or attach to the front of a
journal to record what you're thankful for each day...

Here are links to the free
rose graphics & font I used:

Please note that the images with
"I am thankful for..." in Jane Austen font
are for personal use only.  Thank you!!


Have a blessed day!
Thanks for stopping by! 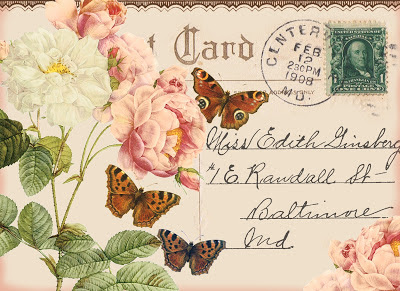 
What are you
grateful for today?


Here are the free graphics I used
to create the pretty postcard image:

*The Sum of All Crafts*
Delicate rectangular frame

This is the day that the LORD has made;
let us rejoice and be glad in it.

Rewards of the simple life...

"To find the universal elements enough;
to find the air and the water exhilarating;
to be refreshed by a morning walk or an
evening saunter; to be thrilled by the stars
at night; to be elated over a bird’s nest or
a wildflower in spring: these are some
of the rewards of the simple life." 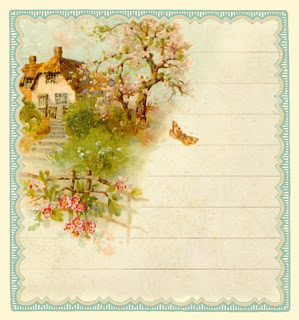 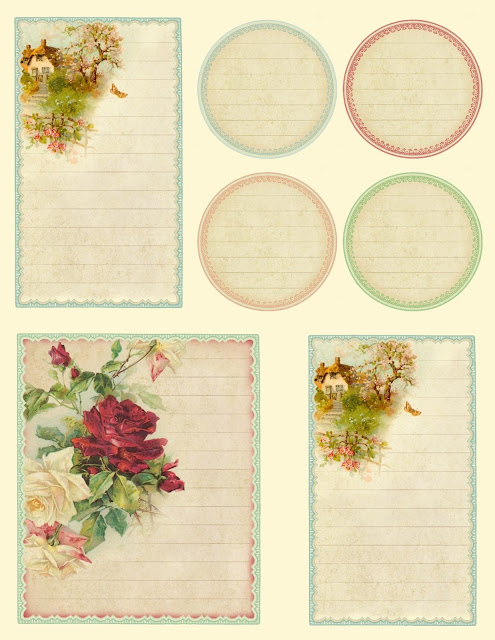 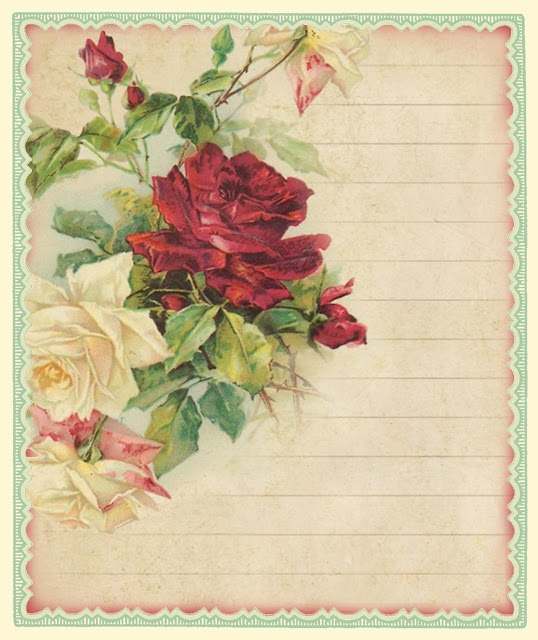 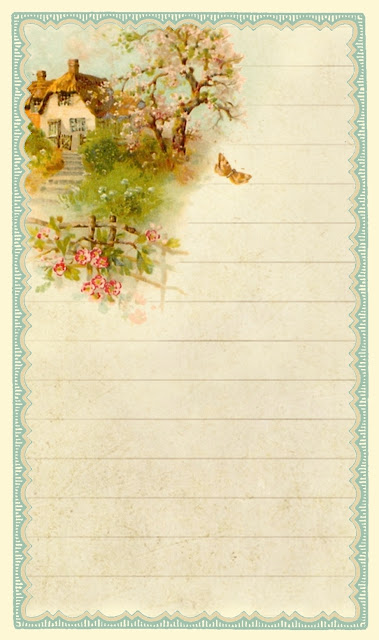 Here are some cards for your journals,
scrapbooks, etc.!  Love how all the pastels play
off each other... and love the English cottage...
where I'd imagine one might enjoy some of the
rewards of the simple life!

Here are the  free graphics &sources used in my artwork:

*The Sum of All Crafts*
Delicate rectangular frame

*The Graphics Fairy*
Round apothecary label

Have fun creating, and
thanks for stopping by!